Clubs throughout Scotland will be supporting Show Racism the Red Card’s Match Actions this weekend.

On Friday 28th, Saturday 29th and Sunday 30th October 2022 Scottish football clubs will once again show their commitment to anti-racism and their support for the UK’s leading anti-racism educational charity, Show Racism the Red Card.

Through a variety of Match Actions, clubs will raise the profile of year round anti-racism efforts within football, and remind all involved in the game of the importance of recognising, responding to, and reporting racist attitudes and behaviour.

Neil Doncaster, SPFL Chief Executive, had this to say earlier;

Our Member Clubs have supported Show Racism the Red Card since season 2003/04 and, once again, this united action in support of the campaign sends out the positive message that football is a game to be enjoyed by all.” 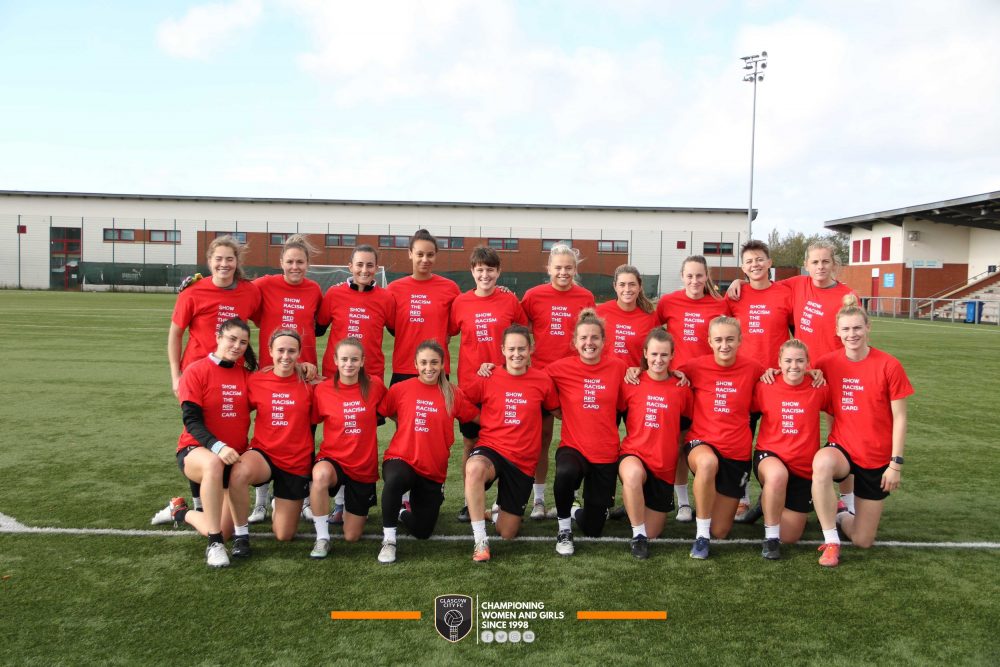 Glasgow City players display their support for Show Racism the Red Card as they prepare for this Sunday’s fixture against Celtic.

Chris Priestley, from Show Racism the Red Card was keen to emphasize the importance of clubs providing public support for anti-racism;

“This weekend’s actions will allow Scottish football to come together and restate its commitment to anti-racism. Everyone involved in the game must take an active role in ensuring football in open to all and has a zero tolerance for racism. This will include challenging acts and attitudes, but must also involve taking time to increase our own awareness about injustice and inequality with the game and wider society. As the UK’s leading anti-racism education charity we are certain that lifelong learning is the key to creating and maintaining inclusive and equitable spaces that provide dignity, security, and opportunity to all.”

Show Racism the Red Card works within schools, workplaces, sport, and community organisations to educate children, young people, and adults on challenging prejudice and stereotypes, using the power of football as a powerful tool to initiate conversations about anti-racism. They ran educational programmes with over 10,000 participants here in Scotland over the past year.

Clubs throughout Scotland will be supporting Show Racism the Red Card’s Match Actions this weekend.

Show Racism the Red Card we believe that the first step to change is accepting that there is a problem in the first place. The second step is to set priorities accordingly and this is why we are working closer than ever with the FAW to share a message that we both believe in. 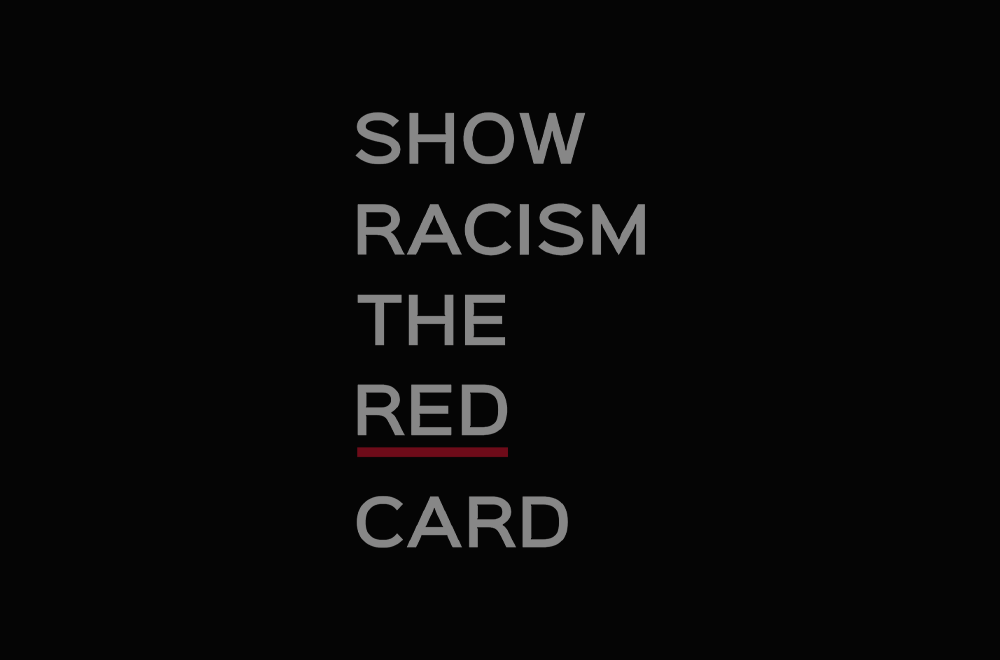